It can't be only me. 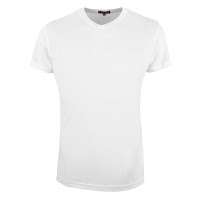 Has anyone noticed how more and more men are not wearing an undershirt under their dress shirts? I cannot be the only woman grossed out by this. I feel like seeing the hue of a man's skin through his dress shirt is the equivalent of panty lines on a woman: unsightly and totally unnecessary. Maybe, this year, in lieu of a Christmas baked good I will get my male co-workers an undershirt, thus giving a gift and solving the problem all in one benevolent gesture.

Two reasons why it's a bad thing that I'm now within 15 minutes of an Anthropologie:

The plight of women everywhere.

Don't be deceived, these feel amazingly and wonderfully comfortable in the aisle of the store and even in your own house when you get them home, but the second you step into work, they become pewter torture chambers. I'm sure I'll be hobbling by noon. 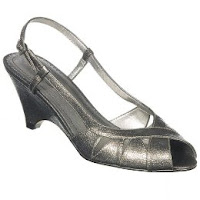 Thank God that I have a door on my office and I'm not stuck out in the thick of things like the rest of the office ladies. Instead, I can ensconce myself in a cave of serenity. I owe Linda a debt of gratitude for choosing the location of this office. Without her, I might have not have lasted this long. When I feel grouchy (which is strangely more and more often), I simply close my door and my blinds and commence working in glorious quiet and solitude. Linda, you are a benefactress.

A Story:
A son asked his father, "Dad, will you take part in a marathon with me?" The father, who despite having a heart condition, said "Yes." They went on to complete the marathon together. Father and son went on to join other marathons; the father always saying "Yes" to his son's request of going through the race together.

One day, the son asked his father, "Dad, let's join the Ironman together."
And his father of course replied "Yes." (For those who don't know, the Ironman is the toughest triathlon. The race encompasses three endurance events of a 2.4 mile ocean swim, followed by a 112 mile bike ride, and ending with a 26.2 mile marathon along the coast of the Big Island. Father and son went on to complete the race.
Now watch the video.

(In case you're wondering, I went through at least 11 kleenex while sitting in my office at work.)

It's the little things that keep me going.

Best part of my work-day?
When, in the middle of a long, very scintillating lunch meeting of approximately 80 people, the person next to me pulled out a copy of this

and we commenced to read it.

because tonight I will be reading this:

(It's a good thing we have leftovers for dinner, else my husband would go hungry.)

You know how you're supposed to relish the last day that you have of your "summer break " and have loads of fun with nary a care? Not me. The gloom of going back to work pretty much overshadowed the last THREE days of my break. Although my feelings can be described by a monologue from the made for T.V. movie "A Place for Annie" starring Sissy Spacek,

they can also be more than adequately depicted by the following sketch.